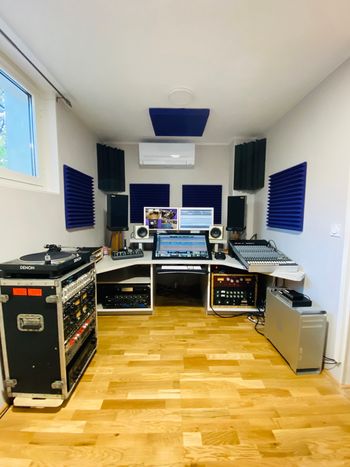 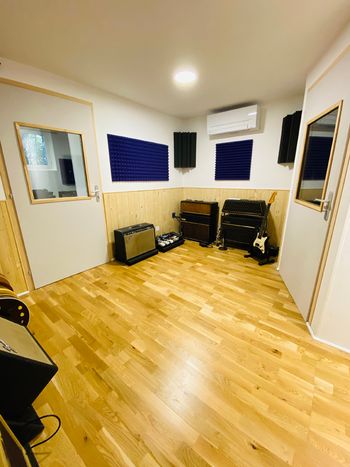 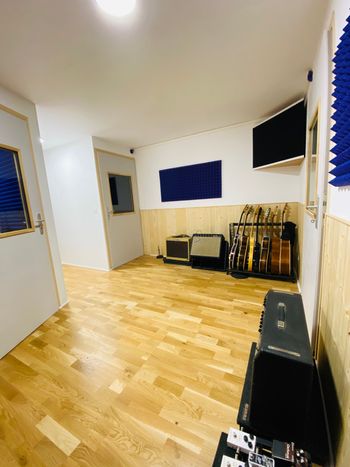 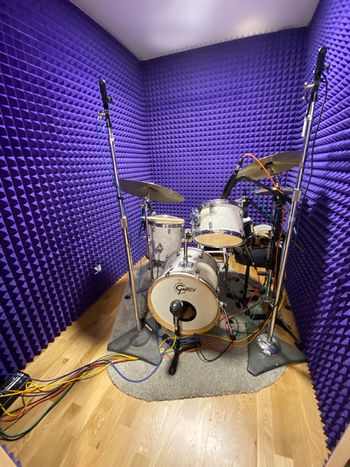 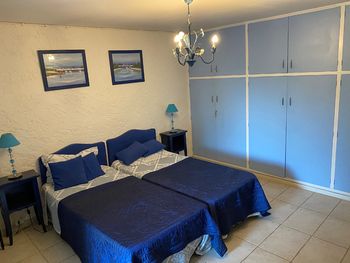 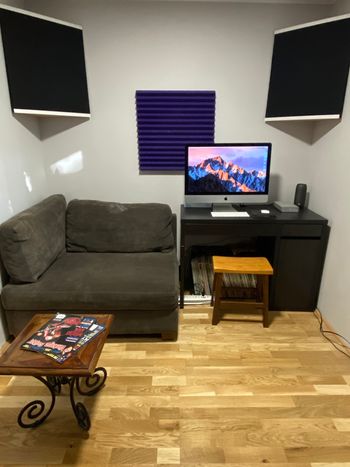 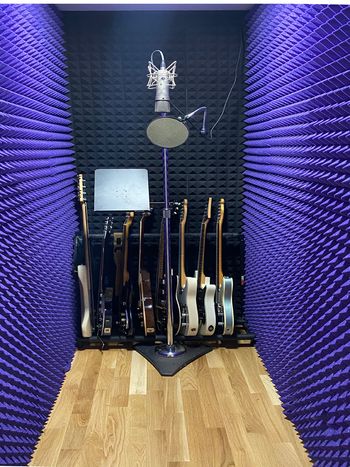 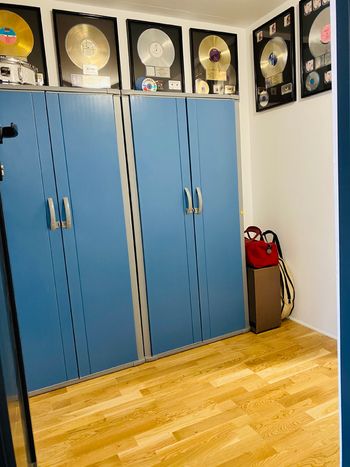 Our view of the sea 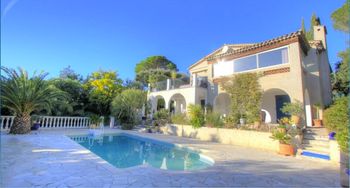 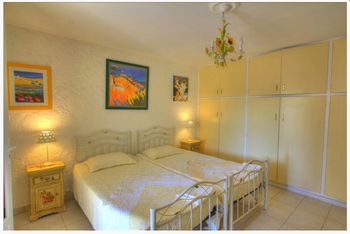 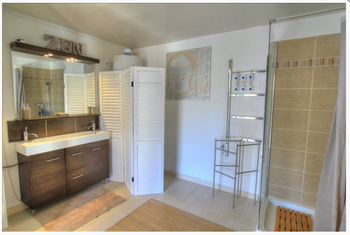 The Beach 2 Minutes Away

FULLBLAST RECORDINGS is the home of Mike Pachelli Productions.

The Studio is in the South of France on the Gulf of Saint-Tropez. It is equipped with ProTools 10, professional microphones (Neumann, AKG, etc.), vintage and boutique hardware (LaChapell 992, Telefunken V72, Universal Audio 1176, Daking 91579's,Teletronix, Vintech, Toft), Apogee converters, fantastic plug-ins, the finest vintage amps and guitars plus the impeccable reference of ProAc Studio 100's and Avantone Mixcubes. Two isolation booths for vocals, drums, amps and a main tracking room. There are also two guest rooms with private entrance and bath for overnight stay.

Pachelli's production services are available for those that he feels he'd be the proper producer and/or session guitarist either here in France or through the web.  Email Mike via the contact page for more details.

The client roster is continually growing and Fullblast Productions is proud to say that some of the most discerning ears in the business have used us for producing, tracking, mixing, editing, guitar overdubs and mastering.

My experience recording at Fullblast with Mike Pachelli could not have been more enjoyable and productive. His musicianship,  engineering, and producing made my songwriting project a total success beyond my expectations .  I still can’t stop listening to these recordings. I am actually gonna release two solo songs cause they came out so great. If you’re a songwriter looking for inspiration and a top notch producer in paradise along the French Riviera, I cannot recommend Mike Pachelli and Fullblast more.
John “Jojo” Hermann
Keyboardist, Widespread Panic

"Mike is my guitar teacher and he is a fantastic guitarist! Pachelli's got a new record coming out
and I got to play on it. Got some more guitar lessons with it too!!"
KEB' MO' -  American blues musician and five-time Grammy Award winner


"Mike Pachelli productions most certainly delivers! He is highly professional in every aspect of recording, producing, mixing and mastering. Mike will deliver a recording that any artist, songwriter, or band would be proud of. In fact, he'll create a masterful end product that may be well above your highest expectations. Mike Pachelli is a top notch producer, engineer and guitarist who will bring each artist excellent results through his more than capable ears and hands. I suggest you give him a call as soon as you have your bucks in a row."
PHIL KEAGGY - Veteran guitarist of the Boomer Generation

"Mike Pachelli is a true musician. He is a guitarist whose musical understanding and comprehension go much deeper. I've asked Mike to record quite different styles (electric and acoustic) and he always provides more than I hoped. It's a pleasure to work with a man who still loves music. His passion and creativity come through on each track. (He's a really nice guy, too!)."
DAVID HARRIS - Los Angeles Producer (Micky Dolenz, Joe Williams)

"The debut release from Warren Cuccurullo's new band Chicanery is a densely packed, tightrope-walk of sound that demanded precision and excellence in post-production and mastering. We also had a very short time frame with which to work. Mike Pachelli and Fullblast Recordings pulled it all off with gusto.

With his background as a long-time member of Duran Duran, and legendary work with Frank Zappa and Missing Persons, Warren's work always draws attention, and the album Chicanery (mastered at Fullblast Recordings) is the subject of a Rolling Stone interview this week."
DEAN CAPONE - CEO dPulse Recordings

"I've had the pleasure of working with Mike Pachelli for several years and he has helped to 'birth' some of the best music of my career.  Mike is an insightful producer and a brilliant engineer with a work ethic second to none. These gifts, combined with his excellent skills as a multifaceted musician make him a Tour de Force. I simply can't say enough about this guy!"
RANDY STONEHILL - Pioneer of CCM

"WHAT a BLAST! Working with Mike Pachelli at Fullblast Recordings. I've known Mike as a serious professional musician for more years than I care to grasp. My first encounter was Mike as the producer of a groundbreaking album. His input, his prowess, his ear, and technical skill was excellent then and that edge has continued to sharpen with the whetstone of time. Now with the tools of modern recording in his hands, the cutting edge is even more acute.

Like a highly skilled surgeon, Mike took my tracks and blended the vocals into a recording I'm not only pleased to share, but eager to promote through audio media channels around the world.

Don't hesitate, have your own BLAST at Fullblast Recordings!"
LYNN ROYCE TAYLOR - The Imperials